This smartphone will be the successor to the Oppo F15 that was launched earlier this year. As claimed by the Chinese brand, Oppo F17 happens to be the sleekest smartphone with 7.48mm thickness and as light as 164g. Oppo took to twitter to confirmed the launch of the F17 smartphone and not only this, but Amazon has also launched a dedicated microsite, which means that the smartphone will be sold exclusively via this e-commerce website. And if you notice the microsite, it shows Oppo F17 Series so we can expect two smartphones- Oppo F17 and F17 Pro are arriving.

Want a new way to flaunt? 🤩 The sleekest phone of 2020 is on its way. Stay tuned. #OPPOF17Pro #FlauntItYourWay pic.twitter.com/LVmAKE1jE1

Considering the scenario, the company may launch the upcoming F-series smartphones in the September starting or even August end.

Look at the GIF shared by Oppo closely, you will find two camera bumps. This can be a hint that the smartphone will sport a square camera module housing four rear cameras. Oppo has also mentioned that the device will have a 220-degree edge to offer more comfortable and smoother in-hand feel in a press release. It seems the brand is taking care of the ultimate user satisfaction while using the phone and keeping it in the pocket. Compared to its predecessors, the smartphone will be coming in a premium look design. However, there is no further information about the smartphone.

The Oppo F17 Pro should cost less than Rs. 25,000 in India as the F-series smartphones are targeted to the Millennials. And Oppo F15 was also launched at Rs. 19,990 so the F17 series would be priced above it. Let’s see what else the company reveals in the upcoming days ahead of launch so stay tuned! 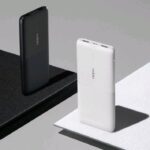 Nokia Media Streamer with Android 9 and a Dedicated Remote Launched at ₹3,499 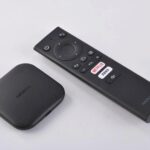