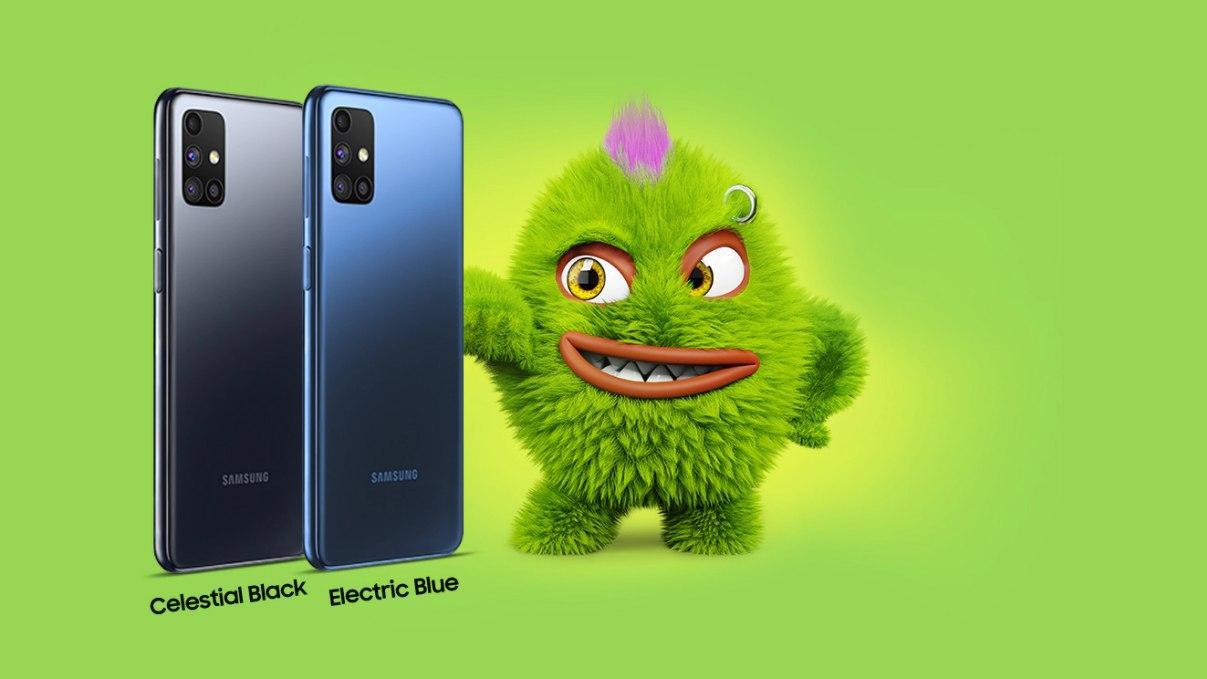 The South Korean giant Samsung has yet again launched a never-seen-before smartphone called Galaxy M51 in India. The smartphone was hyped since the past few weeks because of its 7000mAh battery. Yes, that’s true! Samsung has launched its latest M-series smartphone that too packed with a 7000mAh battery. Apart from the battery, the company has also ditched its Exynos processor and opted for Qualcomm’s Snapdragon 730G this time. Galaxy M51 was launched in Germany last week and has finally made its way to the Indian market with some modern features.

Galaxy M51 comes in a polycarbonate body with a simple design that means no gradient layer like any other Galaxy M-series smartphone. The back panel looks neat and sports a rectangular camera module housing the L-shaped quad cameras and Samsung branding at the bottom. Moving to the front, there is a 6.7-inch FHD+ Super AMOLED Infinity-O display with 2400 x 1080 pixels resolution and Corning Gorilla Glass 3 protection.

Besides, the display looks modern as there are very slim bezels even at the bottom. And note that the display comes with the standard 60Hz refresh rate which might disappoint many users who prefer higher refresh rate. However, AMOLED displays also have their advantages. Now if you are searching for the fingerprint scanner, it is neither on the back panel nor on the display but doubled on the power button.

The Dual-SIM smartphone is powered Qualcomm Snapdragon 730G instead of Exynos 9611 which is found in other M-series smartphones. Moreover, the phone comes with up to 8GB RAM and 128GB storage that can be further expanded up to 512GB using the dedicated MicroSD card slot. And of course, the Galaxy M51 runs on Google’s Android 10 based OneUI Core 2.1.

The battery department is the highlighting part of the phone where we get a 7000mAh battery which supports 25W fast-charging via USB-C port. It also supports reverse wired charging so you can fuel up other devices using this phone as well. For connectivity, we get Wi-Fi, Bluetooth 5.0, GPS, USB-C and 3.5mm audio jack while sensors include an accelerometer, gyroscope, proximity, compass and fingerprint sensor.

There is a quad rear camera setup like every other smartphone nowadays which includes a 64MP primary camera with f/1.8 aperture. Besides, we get an 8MP 123-degree ultra-wide camera along with a 5MP depth sensor and another 5MP macro lens for extreme close up shots. The selfie camera, on the other side, comes with a 32MP sensor (f/2.0) which is capable of recording 1080p resolution video at 30fps.

Samsung’s Galaxy M51 comes with a price tag of Rs. 24,999 for the base variant of 6GB+128GB while the 8GB+128GB costs Rs. 26,999. The handset is offered in two simple colours – Celestial Black and Electric Blue. For those who are interested to buy this phone can note that it will be sold starting from September 18 in India exclusively on Amazon.in and Samsung’s official website. 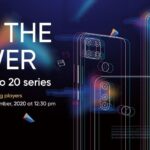