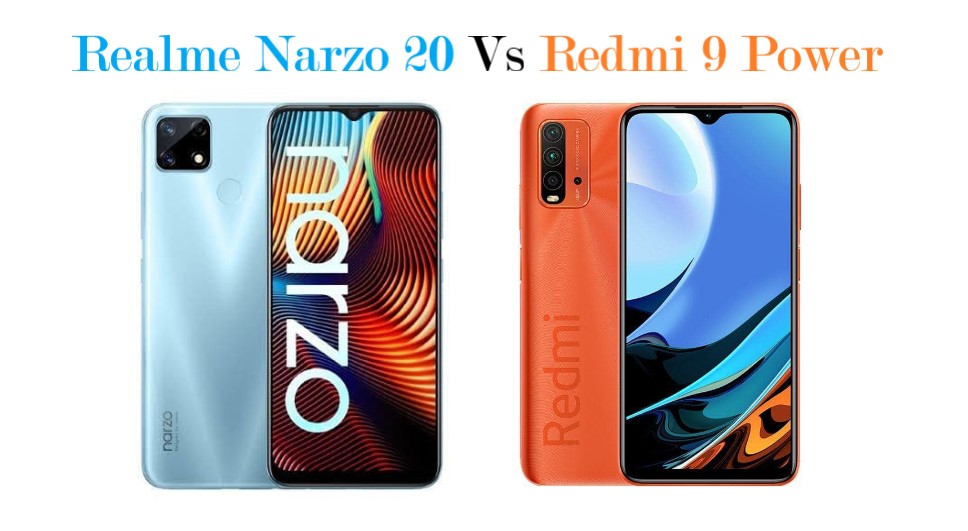 Xiaomi’s Redmi and Realme smartphones cater to the majority of the audience under the mid-range and budget segment. It’s always tough to choose between the phones of these two leading smartphone manufacturers. After all both the companies offer value for money smartphones. Xiaomi recently added a new smartphone called Redmi 9 Power to the Redmi 9 series of smartphones which competes with Realme’s Narzo 20. However, Narzo 20 was launched in September 2020 and is available at a starting price of Rs. 10,499 and Redmi 9 Power has been launched at Rs. 10,999 for the base variant. Earlier, Narzo 20 was ruling under Rs. 11,000 segment but after Redmi 9 Power’s entry, it is slightly difficult to choose. So, here’s a quick specification comparison between Redmi 9 Power and Realme’s Narzo 20 to make your task easier if you’re looking for a smartphone under this segment.

Redmi 9 Power comes with a rectangular camera module on the back panel that consists of quad-camera setup. However, Narzo 20 features a square camera module similar to the own company’s C-series. The Narzo 20 comes with a triple rear camera setup which is a negative point for the smartphone. On the other side, both the smartphones sport the typical waterdrop style notch and Corning Gorilla Glass 3 protection for display’s protection against scratches. Moreover, both smartphones come with a matte finish back panel. There is a fingerprint scanner on the back panel of Narzo 20 while in Redmi 9 Power, the fingerprint sensor is doubled on the power button.

The Redmi 9 Prime flaunts a 6.53-inch FHD+ LCD panel with 1080 x 2400 pixel resolution and 19.5:9 aspect ratio. However, Narzo 20 comes with a 6.5-inch LCD display but skips the FHD+ resolution which is again a negative point. Both the handsets come with 8MP front camera for selfies and face unlocking.

Coming to the internals, the Redmi 9 Power is powered by Snapdragon 662 (11nm) chipset along with Adreno 610 GPU, 4GB LPDDR4 RAM and up to 128GB internal storage. The Narzo 20 is powered by MediaTek Helio G85 (12nm) SoC along with Mali-G52 GPU, 4GB RAM and up to 128GB storage. You can expand storage in both the smartphones using MicroSD card. Powered by Helio G85, Realme primarily focuses on being a game-centric smartphone. However, Snapdragon 662 and Helio G85 are close enough but still, there are minor differences which makes Snapdragon 662 go one step ahead. Both the Redmi and Realme devices are backed up by a 6,000mAh battery and supports 18W fast-charging technology via type-C port as well. Redmi 9 Power gets a plus point because of the contemporary IR Blaster present in the smartphone which Narzo lacks. Narzo 20 runs on Realme UI based on Android 10 while Redmi 9 Power also runs on Android 10 based MIUI12.

The Redmi 9 Power and Narzo 20 comes in the same segment and similar pricing where the former is Rs. 500 costlier. However, Redmi 9 Power offers better specifications in terms of Display, Camera and slightly in performance. If you are planning to purchase a smartphone under Rs. 11,000,  you can give preference to Redmi 9 Power because you’ll be getting an FHD+ display, Snapdragon 662, an additional camera, modern fingerprint sensor placement and Xiaomi’s traditional IR Blaster for an extra Rs. 500. Redmi 9 Power looks better than Narzo 20 if we compare the specifications but there could be a different scenario in real-life usage.

Top 5 YouTube Tricks and Hacks You Should Know | Techsavvy 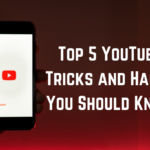