The Chinese smartphone maker Realme has introduced an 8GB RAM with 256GB storage variant of Realme X2. To remind you, Realme X2 was launched back in December 2019 and is available at a starting price of Rs. 17,999. However, initially, the company had launched 64GB and 128GB variants in the country. The additional variant was confirmed by Madhav Sheth on his twitter handle where he mentioned about the 8GB+256GB variant of Realme X2 will go on sale on Flipkart and Realme website on July 21 at 8 PM.

Besides, this isn’t the only smartphone that has a new variant. Realme has also recently introduced the 6 GB + 64 GB Realme 6 variant. And the company had also added a 4GB+64 GB to the Realme Narzo 10A which was launched a couple of months ago.

The handset comes in a glass body with typical Realme smartphone rear panel design. The Realme X2 is powered by a gaming chipset i.e. Snapdragon 730G along with Adreno 618 GPU, up to 8GB RAM and up to 256GB storage. The internal storage can be further expanded by up to 256GB via MicroSD card. There is a 6.4-inch AMOLED FHD+ display with waterdrop notch housing a 32MP selfie camera. Moreover, the camera module on the back consists of 64MP + 8MP + 2MP + 2MP sensors for various purposes.

You will get a 4000mAh battery that draws power via the USB-C port and supports 30W VOOC 4.0 Flash charge. For connectivity, we get Wi-Fi, Bluetooth 5.0, GPS, NFC, 4G VoLTE, USB-C port and mostly importantly 3.5mm audio jack. 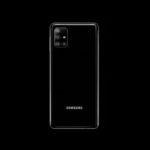 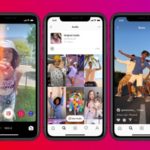